Mishawaka, IN (July 27, 2022) - A fatal motorcycle crash in Mishawaka is under investigation following a single-vehicle crash on Friday at 10:47 p.m., according to the Mishawaka Police Department. 32-year-old Elkhart resident, Jim Ean, was killed in the incident. Officials believe that Ean was traveling southbound on North Main Street at a high rate of speed and struck the curbed median at the intersection of Edison Lakes Parkway, police reported. Ean was ejected from the motorcycle and died from his injuries at the scene.

The Mishawaka Police Department's Traffic Bureau is handling the investigation.

Greenwood, IN (July 20, 2022) - A man has been killed Wednesday morning after his motorcycle collided with a pick-up truck. Around 10:32 a.m., the Greenwood Police Department was dispatched to the area of County Line Road and Graham Road, this is near South Arlington Avenue.

Upon arrival, officers located the driver of the motorcycle unresponsive. He was then transported to Methodist Hospital where he was pronounced deceased. 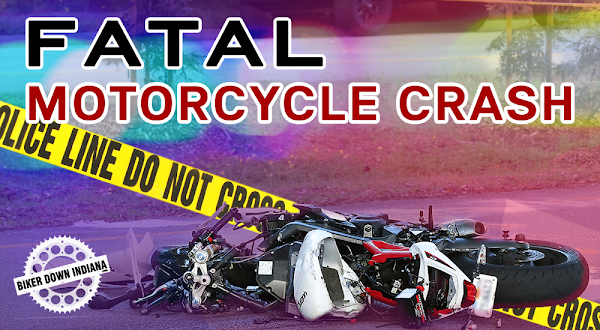 According to witnesses, the driver of the motorcycle was going east on County Line Road and tried to pass the vehicle in front of him. When he crossed left of center and into the west bound lanes, his motorcycle crashed with the pick-up truck that was going west.

The driver of the pick-up truck was not injured. As this is a developing story, no other information has been released.
Follow us on Facebook at: Facebook.com/BikerDownIndiana
Join our Facebook group at: Biker Down Indiana