Motorcyclist in Intensive Care After Crash

Jeffrey Clingerman, 28, of Columbia City was transported to Parkview Regional Medical Center in Fort Wayne and placed in the intensive care unit with head trauma and a wrist injury, police said. 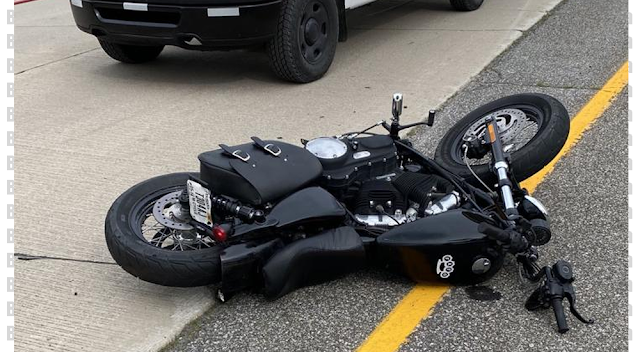 Photo: DeKalb County Sheriff’s Department
Clingerman was traveling north on S.R. 3 at DeKalb C.R. 62 at a high rate of speed at 5:25 p.m., a news release said. He braked abruptly, causing him to eject from the motorcycle. He was not wearing a helmet and suffered his injuries as a result of being ejected.

The crash was caused by a “road rage” incident involving another vehicle and driver, a police report said. A sheriff’s deputy said Clingerman decided to slam on his brakes when he became irritated with the other driver for an unknown reason. Police were unable to question Clingerman because he was in intensive care, the deputy said.

Clingerman also allegedly had a suspended license and no motorcycle endorsement, police said.